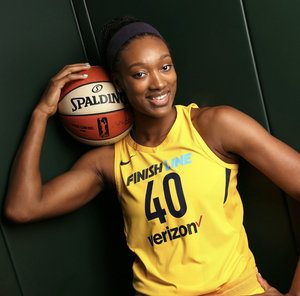 In addition to being a  WNBA star and a former Syracuse University scholar-athlete, Kayla Alexander ’13 is now a published author. Kayla co-wrote and illustrated The Magic of Basketball, with her sister Kesia. The book is primarily for children, and tells the story of a young girl who learns that there is more to the sport of basketball than what happens on the court.

Kayla is a graduate of the social studies education undergraduate program and a stand-out player on the Syracuse Orange women’s basketball team. She is the program’s all-time leading scorer, was selected for the Big East All-Academic team two years in a row, and was drafted eighth by the San Antonio Silver Stars in 2013—the second player in program history to be drafted by a WNBA team, and the first to be drafted in the first round. 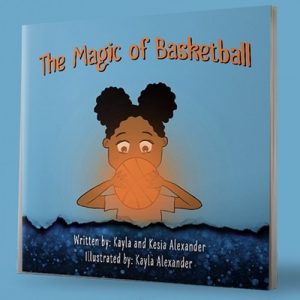 Kayla has been drawing since she was a child, and continues to practice digital illustration, even while playing professional basketball. In addition to The Magic of Basketball, she sells digital download prints and custom illustrations on her website. She started sketching ideas for the book while playing basketball overseas during winter seasons, and spent several years developing the story and illustrations. Kayla credits her sister Kesia with the idea of having the book rhyme. She told the Associated Press:

“I wanted to be encouraging and inspire kids. Through basketball, there’s so much more to it than winning games. It teaches you life skills, perseverance, working with others. It gives gifts like traveling the world, free education. Basketball is magical because it gives you so much.”

Read more about The Magic of Basketball from The Associated Press, Kayla’s website, and Kayla on Twitter.