Syracuse senior center Kayla Alexander, a Social Studies Education Major in the School of Education, was selected by the San Antonio Silver Stars with the eighth pick in the first round of the WNBA Draft Monday night. The Orange’s all-time leading scorer became the second player in program history to be drafted by a WNBA team and the first to be selected in the first round.

“I give God all the glory right now. I am extremely thankful and blessed for this opportunity. When you work hard, dreams can and do come true. I am so thankful right now and beyond excited.”

Alexander is the second Syracuse player to be drafted by a WNBA club, and the eighth to join a WNBA roster overall. She became Syracuse’s all-time leading scorer this season, as well as the first player in program history to surpass 2,000 career points, finishing with 2,024. She is also SU’s all-time leader in blocks (350), field goals (736), free throws made (552) and games played (140). Alexander was named BIG EAST Player of the Week twice and garnered BIG EAST Honor Roll distinction four times. 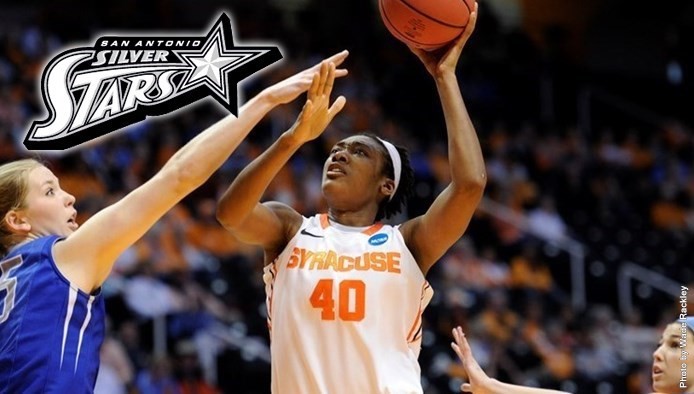