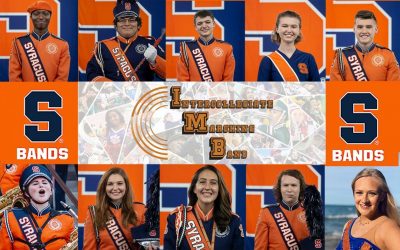 This unique project brings together college marching bands from different confer­ences, regions and styles in a single performance. The Intercollegiate Marching Band performed “End of Time” by Beyoncé in a video that played in the stadium at halftime, and on the band’s YouTube channel.

Six of the ten students are from the School of Education: