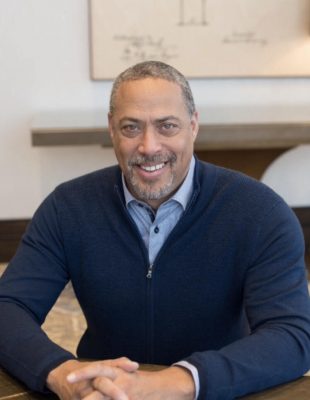 Don McPherson ’87 will be honored with the William Pearson Tolley Medal for Adult Education and Lifelong Learning at the 2021 One University Awards on Friday, May 7. This daylong celebration of excellence by members of the Syracuse University community in academics, scholarship, creative work and dedicated service.

McPherson is the author of You Throw Like a Girl: The Blind Spot of Masculinity, which chronicles 36 years of harnessing the power and appeal of sport to address complex social issues and focuses on a quarter century of work on gender-based violence prevention. He was an All-America quarterback at Syracuse University and is a veteran of the NFL and Canadian Football League.  As captain of the undefeated 1987 Syracuse football team, McPherson set 22 school records, led the nation in passing and won more than 18 national “player of the year” awards.

Since 1984, McPherson has delivered school and community-based programs addressing issues such as drunk driving, alcohol and substance abuse, bullying, youth leadership and mentoring. Upon retiring from pro football in 1994, he joined Northeastern University’s Center for the Study of Sport in Society; In 2002 founded the Sports Leadership Institute at Adelphi University, for which he served as executive director until 2007. He emerged as a national leader and advocate for the prevention of sexual and domestic violence, conducting workshops and lectures for more than 350 college campuses, community organizations, and national sports and violence prevention organizations. McPherson has worked as a college football analyst for ESPN, BET, and NBC and spent six seasons as the lead studio analyst for Sportsnet New York’s coverage of Big East and American Athletic Conference football.

McPherson has received several honors in recognition of his service, including the inaugural Voices of Solidarity Award from Vital Voices; the Frederick Douglas Men of Strength Award from Men Can Stop Rape;  Champions for Change from Lifetime Television; The Creative Vision for Women’s Justice from Pace University Women’s Justice Center; and a Leadership Award from the National Center for Victims of Crime. He has also received the George Arents Award, Syracuse University’s highest alumni honor, and Letter Winner of Distinction, the highest honor bestowed a former student-athlete. In 2020, Don was the recipient of the Outstanding Contribution to Amateur Football Award by the National Football Foundation & College Hall of Fame.

Syracuse University established the Tolley Medal in 1966 to recognize outstanding contributions by national and international leaders in what was then known as adult education. For four decades, William Pearson Tolley was one of the nation’s pre-eminent leaders in higher education. By the time he retired in 1969, having served as Syracuse University’s chancellor for 27 years, he had reconfigured the Syracuse campus, tripled enrollment and made life long learning his career legacy. In naming the award for Tolley, SU’s Board of Trustees paid tribute to a man whose own interest was expressed in consistent, personal support of Syracuse’s program and of adult education activities worldwide.