Since the 1940s, Syracuse University has been a leader in research, training, and advocacy efforts in disability Rights and Disability Studies.

“If we have learned one thing from the civil rights movement, it’s that when others speak for you, you lose.” — Ed Roberts

View this timeline as a PDF, as published in the Fall 2019 Education Exchange Magazine

1946: The Department of Education for Exceptional Children is established. The first director of this department is William Cruickshank, a pioneer in the education of children with brain injuries and later learning disabilities and cerebral palsy.

1953: Syracuse University opens Hoople, one of the first special education buildings on a university campus in the nation.

1971: The Center on Human Policy is founded by Burton Blatt in response to widespread discrimination against people with disabilities in society. It is the first national institute for the study and creation of open, inclusive settings. Blatt’s 1966 book Christmas in Purgatory revealed the shocking truth of the abuse of people with disabilities in state institutions. 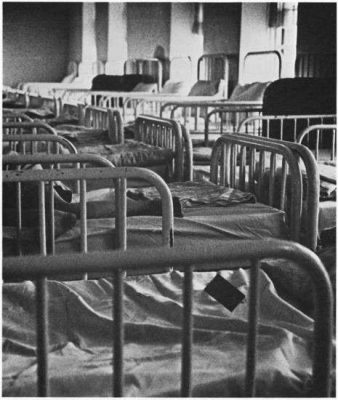 1972: Professors participate in formulating the famous  NYSARC vs. Rockefeller case that led to a court decree mandating reforms and deinstitutionalization at the Willowbrook State School, the largest state institution housing people with mental retardation in the nation. Noted historian David Rothman writes that the Center on Human Policy’s ranks included “the most radical thinkers in the field” at the time in the book The Willowbrook Wars: A Decade of Struggle for Social Justice.

1975: The Center on Human Policy establishes Syracuse Disabled in Action, the first advocacy group in Central New York led by people with disabilities.

1979: The Center on Human Policy issues The Community Imperative: A Refutation of All Arguments in Favor of Institutionalizing Anybody Because of Mental Retardation, supporting the right of all people with disabilities to community living.

1981: With funding from the C.S. Mott Foundation, the Center on Human Policy hires two self advocates who are former residents of state developmental centers and becomes the first university institute nationally to include people with intellectual disabilities among its professional staff.

1988: At the request of Madeleine Will, Assistant Secretary of the U.S. Office of Special Education and Rehabilitative Services, faculty and staff convene a Leadership Institute on Community Integration for People with Developmental Disabilities in Washington, D.C. to make recommendations to advance the inclusion of people with disabilities in community settings, schools, and workplaces. 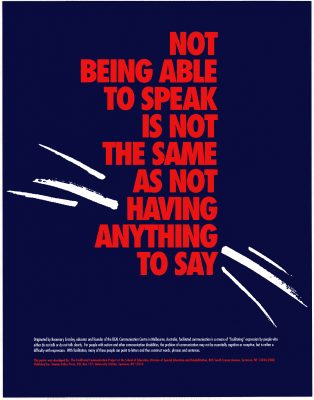 1995: SU establishes a disability studies program, the first in the nation. Offered through the Cultural Foundations of Education department, the program examines a range of issues confronting people with disabilities including race, gender, policy, law, the media, and cultural representations of disability.

2001: Students form the Beyond Compliance Coordinating Committee to advocate for changes in SU’s disability policies and procedures and to sponsor disability educational and cultural events.

2004: CNN broadcasts the documentary Autism is a World, which is co-produced by Syracuse University Professor Douglas Biklen. It is subsequently nominated for an Academy Award.

2005:   The University creates the Burton Blatt Institute to advance the civic, economic and social participation of persons with disabilities worldwide.

2009: The School of Education establishes the Taishoff Center for Inclusive Higher Education to promote the participation of students with intellectual and other disabilities in postsecondary education.

2011: The Disability Cultural Center is established. The DCC coordinates campus-wide social, educational, and cultural activities on disability issues for students, faculty, staff, and community members with and without disabilities.

2014: Center on Human Policy receives a Community 4 All grant to create digital toolkits to help people with intellectual disabilities live in, and meaningfully engage with, their communities. 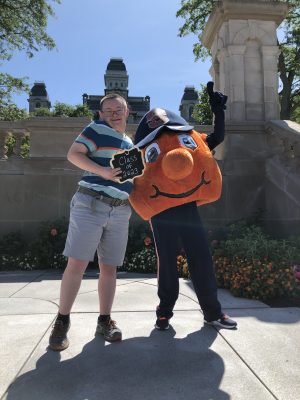 2015: InclusiveU, an initiative of the Taishoff Center, receives federal funding as a Model Transition Program, which leads to new opportunities at Syracuse for students with intellectual and developmental disabilities to be fully included on campus.

2019: With increased University priorities around diversity and inclusion, over 85 InclusiveU students, support for national conferences on inclusive education in secondary school and beyond, and new funding to support a Center on Disability and Inclusion, the School of Education’s work continues to thrive.