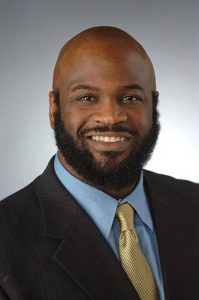 Dave Peterson is an Academic Counselor with the Higher Education Opportunity Program. This article is from the Fall 2018 HEOP newsletter.

“You’re about to graduate from college, so you need a job son.”

Those were the words my parents told me. I was never so uncertain in my life, as to what was next. I had aspirations on becoming an FBI agent or something local with the police department. I wanted to change lives and protect society as a member of law enforcement, but as a young black male, you did not hear those words repeated then. However, I felt if that I could make a difference, I had to be part of the solution. I did all the tests, and actually received an opportunity to join the local police academy. This was my moment; I was all set to join. However, destiny had other plans. Before my report date, I reconsidered my decision. Something about it did not feel right. I spent a lot of thought on what I wanted to do next. Ultimately, I decided to turn the opportunity down. Remember the opening line of all this? It was not going to be easy explaining to my parents my decision.

“You’re going to do WHAT son?”

I had supportive parents, and they believed in making your own choices in life. Begrudgingly, they understood.

“You still need a job though, just saying.”

That part they were not going to let slide. So, there I was with still no job or direction. I felt that I still wanted to help people, and make that difference. I applied to what felt like a thousand places. Many “sorry” or “you’re not what we’re looking for” later, I received an opportunity to interview with Elmcrest Children’s Center, a facility for minors who have been sentenced by the court system to be housed for a length of time. I was my first “real” job. A brother had benefits, so I felt I made it, but little did I know what I was getting into. It turned out to be much more than I could even imagine! I had to learn to be professional and accountable and, more importantly, a role model to these young impressionable kids.

When I started, I thought it would be like any typical job I had before: every day I go in, do my thing, get paid and leave. I quickly understood, however, that would not be the case. These kids were broken, lost and needed someone to just care a little. I soon realized that how I worked and interacted with these clients would have an impact on them that could change their lives. They were paying attention to what I had to say to and no one had done that before. When I think back on that enlightening moment, I am taken aback on how much pressure that can be. Instead of checking off hours worked. I looked forward to going to work. I was making the difference I set to do. Everything felt like I was supposed to be doing exactly this! I found my passion, or maybe it found me. Either way, I could not think of anything else I would rather be doing.

I learned so much during my years at Elmcrest, which then lead to different opportunities, all within the same field. Growing in experience each time, I know how impactful the work I do is. It is something that I will never again take for granted. I feel blessed and honored to work with some of the very best this university has to offer. My time here at HEOP has been amazing. I work with incredibly talented individuals who I have learned so much. The best part of it? I am part of a journey with an individual from the time they step onto campus and beyond. I have worked with students who have gone on to be leaders in their community, industry, and just awesome individuals. To have an opportunity to know and be part of their lives fuels my drive every day. I am passionate about HEOP, and how we are changing and affecting so many individuals and families every day. HEOP works, and I play just a small piece to its success. No one said money is not important. However, I advise my students to not let it be your focus. Find something that fulfills you. Find something that drives and inspires you to want more from the experience. When you do, that is when you have made it. That is when you know you have found your passion in life. Without hesitation, I have found mine. 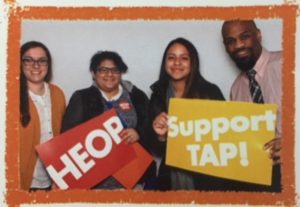 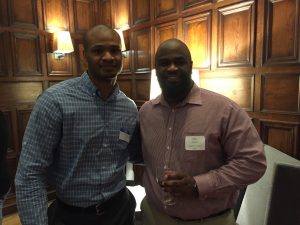