When Rhiannon Berry G’09 teaches the Holocaust to her English classes at Liverpool High School (NY), she won’t say, “6.1 million Jews were murdered.” After her recent visit to Yad Vashem, Israel’s memorial to Holocaust victims, she will say, “One Jew was murdered 6.1 million times.”

Berry, who studied at Holocaust Museum Houston as a School of Education Spector/Warren Fellow in 2010, visited Yad Vashem this July for a 10-day series of Holocaust education workshops. The Hebrew phrase Yad Vashem means “a memorial and a name,” she says. The point about 6.1 million victims was made as the workshops began.

“They have names, and with a name comes a story of a life. Yad Vashem honors those lives and brings those stories to life,” Berry says. That’s part of her mission as a Holocaust and genocide educator and participant in the Spector/Warren Fellowship for Future Educators.

The Warren and Spector families established the fellowship to honor Naomi Warren, a native of Eastern Poland who survived three concentration camps during the Holocaust. She immigrated to the United States in 1946, married Holocaust survivor Martin Warren and they raised a family and established a successful import company.

The families’ support continued this year with another five-year commitment, giving $250,000 from the Solomon Spector Foundation. Helen W. Spector ’68, G’72, Naomi and Martin’s daughter, is an emeritus member of the SOE Board of Visitors; Helen’s daughter Elyse Spector Kalmans currently serves on the Board of Visitors.

“Our family is proud to support the Spector/Warren Fellowship as we see the incredible impact SOE teachers have in reaching the next generation. We want to help teach the powerful lessons of the Holocaust to help ensure that students can be upstanders instead of bystanders,” says Kalmans.

“Education at its best allows students the opportunity to shape their view of the world and their place within it,” says Berry, who earned a master’s in english education (grades 7–12). “If there are two lessons I could possibly hope to stress to my students from the Holocaust, they are humanity and responsibility.”

She emphasizes to her students the responsibility of ordinary German citizens for the Holocaust.

“The hatred, fear-mongering, rumors and dehumanization of the Jews did not come from the Nazi government. It came from ordinary people. It came from people like me, like my students, like anyone reading these words,” Berry says.

“It is essential—absolutely essential—for my students to have that mirror in front of them. They must be able to see the Holocaust and understand that this was done to human beings by human beings.”

Alan Goldberg, School of Education professor emeritus and former director of the Spector/Warren Fellowship, admires Berry’s ability to teach in the moment. “Her style is interactive. Students engage the text, engage with her and engage with one another,” he says.

Berry engages students at many levels in a text, specifically Elie Wiesel’s Night, “which is at once autobiography, memoir and history,” Goldberg says.

“Rhiannon is able to help students enter the text as witnesses and extract and apply the message of the text to their own time and place. She encourages her students to see the text through the eyes of the 15-year-old writer, someone their own age, and reflect on how memory shapes identity.”

Berry is one of two SOE graduates and Spector/Warren Fellows at Liverpool High School, along with history teacher Michael Crosby ’08, G’11.

The six-day institute for educators at the Holocaust Museum Houston has shifted from January to May each year. The Spector/ Warren Fellowship covers all expenses for the trip for up to 20 fellows, both graduates and undergraduates. Students attend lectures and discussions with Holocaust scholars and converse with Holocaust survivors.

Sending future educators to Holocaust Museum Houston is important because of the rise in anti-Semitism, racism and other forms of persecution and injustice, says Rachel Brown, associate professor of reading and language arts and co-director of the Spector/Warren Fellowship.

“Recent surveys also reveal a glaring lack of knowledge about the Holocaust, particularly among the young,” Brown says, citing a 2018 survey that says 66 percent of millennials in the United States could not identify Auschwitz, and 22 percent were not even sure if they had heard about the Holocaust.

“One cannot remember something that never was learned adequately in the first place,” Brown says.

She and the fellowship’s co-director—Julia White G’03, G’07, assistant professor of teaching and leadership—attended an alumni session for Spector/Warren Fellows in Houston this summer.

Berry treasures classroom moments that remind her how important an educator’s role is. She opens her Holocaust unit with conversations about race, nationality and ethnicity. One text the class analyzes and discusses is a TED Talk by Suzanne Barakat, “Islamophobia Killed My Brother.”

Those students’ words convey the gravity of teaching about the Holocaust and genocide. Says Berry, “Those moments are sobering. They make you look at yourself in the mirror and say, ‘There is so much work to be done. What are you going to do?’” 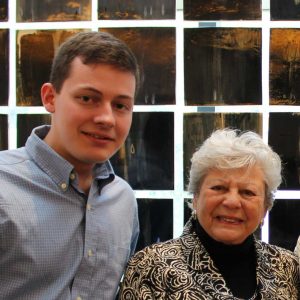 “The Spector/Warren fellowship has been a transformative experience in my career. Not only has it provided me the opportunity to engage in critical dialogues around important issues and topics related to the Holocaust and genocide but it has inspired me to be a better person and a better teacher. I look forward to taking what I’ve learned from my experience as a Spector/Warren Fellow into my classroom this year with the new Holocaust and genocide elective I’ve created. This is something I never would have had the confidence or inspiration to do without my experience from the Spector/Warren Fellowship.” 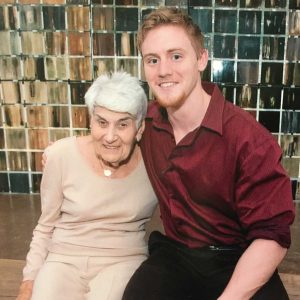 “Participating in the Spector/Warren Fellowship and Alumni Institute were transformative experiences that have shaped my career as an educator as well as my outlook on the future. The evocative lessons and passionate discussions from the fellowships serve as an optimistic reminder that there are many people out there committed to making our world more empathetic, more compassionate, and more just.”