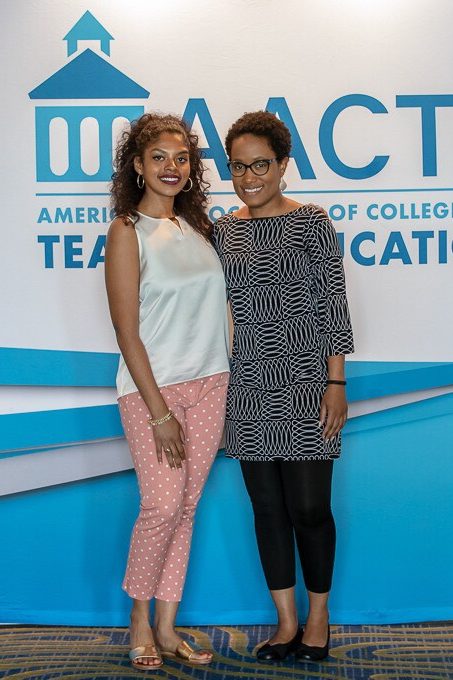 The School of Education has welcomed two new doctoral students from the prestigious AACTE Holmes Scholars program. Tiffany Hamm and Phillandra Smith will pursue their doctoral studies at Syracuse for the next three years while participating in mentorship, leadership, research and policy activities on a national scale through AACTE (the American Association of Colleges for Teacher Education). The Syracuse University School of Education joins 60 other AACTE member institutions in hosting Holmes Scholars, at either the undergraduate, master’s, or doctoral level. In addition to other selection criteria and program qualifications, Holmes Scholars must demonstrate a commitment to a career in the education professoriate, the PK-12 teaching workforce, or a leadership position in the education and education research fields. Holmes Scholars are members of groups historically underrepresented in these fields. This is the first year the School of Education has sponsored Holmes Scholars, and will continue to accept two new doctoral students every year, all for three year terms, through this program going forward.

Scholars Hamm and Smith have already hit the ground running in their first month at Syracuse. In June they accompanied Dean Joanna Masingila to AACTE’s Washington Week, including Day on the Hill where education scholars and leaders could engage with elected officials on Capitol Hill. Also, they attended the Holmes Summer Policy Institute, where they learned how to communicate their research to leaders and policymakers. 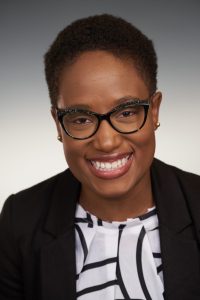 Before coming to Syracuse Phillandra taught in Katsuura City, Japan as an English teacher. Prior to that, she taught for four years at a high school in The Bahamas. Phillandra has a master’s in Special Education from Barry University.

Upon completion of my Master’s degree several of my professors encouraged me to pursue a Ph.D. I honestly had no knowledge on how to begin the process or what schools I should look at. I have many teachers in my family but no one had taken this step before me. My professors were persistent, they advised me to investigate two schools and one of them was SU. In my investigation, many professors spoke highly of Dr. Beth Ferri and after researching her myself I saw no need to apply to the other school on the list. I applied to SU and was accepted.

Being a Holmes Scholar, particularly an inaugural Holmes Scholar for Syracuse University is an honor. I am very grateful to have been selected. When I applied to become a Holmes Scholar I was most excited about the opportunity for professional and academic mentorship.

As a Holmes Scholar, I have access to scholars from universities across the United States who I can partner with for research, writing and support. I am a part of a network of individuals who share my interest in issues of equity in teacher education and the diversification of the teacher workforce. During the Summer Policy Institute, interacting with so many scholars of color was incredibly validating.

During Washington week I asked senators to co-sponsor the “Educator Preparation Reform Act”. This bill was of particular interest to me since it strengthens components of preparation programs to ensure that teacher candidates are prepared to teach English language learners and students with disabilities. Part B of this act includes a focus on increasing teacher diversity and I found this to be very important given the disproportionate representation of culturally and linguistically diverse students in Special Education in the United States. 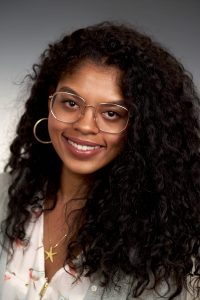 Tiffany Hamm is a native New Yorker, born in Far Rockaway and raised in the Bronx. The only child to a Puerto Rican mother and a Black American father, she spent many childhood vacations in Puerto Rico. There, in Puerto Rico, Tiffany developed a passion for the environmental sciences; it was so differently from what she experienced in the Bronx. With dreams of becoming a Marine Biologist, Tiffany graduated from Stony Brook University with a major in Marine Sciences and a minor in Environmental Studies. In her program, she was 1 of 2 people of color. After graduating, she took a job teaching high school Earth Science in the Bronx. “Teaching was a chance to share my passion; and through this opportunity I wanted to inspire students of color to take an interest in science,” she says.

Among the few schools that I applied to during my application process, the School of Education was the most welcoming and supportive. The process began with emails and a phone conversation with Professor Sharon Dotger. I was then invited for a visit where I met Dr. Sharon Dotger in person, along with Dr. Ben Dotger, Chair of Teaching and Leadership. Dr. S. Dotger also arranged for me to speak to two other Ph.D. students in the program who provided more information from a students’ perspective. For me, this was a unique experience that the other institutions did not offer.  At the Syracuse School of Education, I felt valued and welcomed and that feeling as only increased with my time here.

To me, being a Holmes Scholar is the opportunity to connect with like-minded individuals who share a similar vision for the future of education. As a Holmes Scholar, I am able to advocate for the students and voices that have been stifled within the education system.

During Washington Week, key issues that were discussed centered around funding for initiatives that aim to increase and maintain teacher diversity and simultaneously lower teacher retention rates. These included: a budget deal to raise the caps in the Budget Control Act of 2011; reauthorization of the High Education Act; maintaining and strengthening the Teacher Quality Partnership; and maintaining the TEACH Grant. These initiatives have shown to be beneficial for teachers of color, who statistically are underrepresented in the field of education and statistically require more funding and support throughout their educational training.