(U.S. News & World Report | Dec. 23, 2022) School dress codes have been a topic of debate between students, parents and administrators for decades. While students have sought out avenues for free expression and individuality through their attire, many schools have instituted these policies in an effort to minimize classroom distractions, reduce emphasis on students’ socioeconomic disparities and keep schools safe. 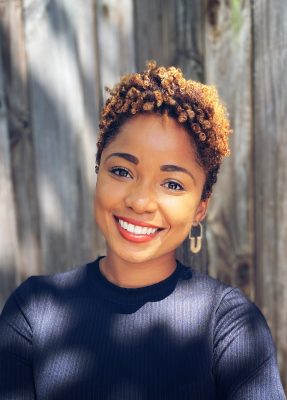 Nearly 20% of public schools in the 2019-2020 school year required students to wear a uniform and 44% enforced a “strict” dress code, according to the National Center for Education Statistics.

Often schools ban items like hooded sweatshirts, baggy coats or jackets and caps, saying these items make it easier for students to hide drugs or weapons, or harder for staff to identify students. Everyday attire like sweatpants, athletic shorts and leggings are also frequently prohibited.

And while the reasons for instituting dress codes often revolve around equity and safety, research shows these policies affect students unequally, with girls and students of color disproportionately facing consequences. In many cases, enforcement makes these students feel less safe, not more.

A new report from the Government Accountability Office found that schools that enforce strict dress codes enroll predominantly Black and Hispanic students. The report also found that dress codes “more frequently restrict items typically worn by girls” and that “rules about hair and head coverings can disproportionately impact Black students and those of certain religions and cultures.”

“I think that the schools where we see the over-policing of dress and the enforcement of dress codes, it’s not surprising that those are mostly students of color,” says Courtney Mauldin, an assistant professor of educational leadership in the teaching and leadership department at the Syracuse University School of Education. “There’s a lot of traditional, antiquated ideas around what it has to look like to do school. And I think people have good intentions, but they’re very slow to change when it rubs up against what they’ve known” …

… “Are we actually targeting clothing, or is this specific to targeting a student’s identity?” Mauldin says. “Because if we’re targeting student’s identities, then we’re sending a message that you don’t belong here and you’re disrupting the space simply by being, and that’s not the message that we want to send to students, especially if schools are supposed to be these places of learning and joy and belonging.”

(EdWeek | Dec. 27, 2022) Are school dress codes a tool for student safety or a restriction on their self-identity? The question has been debated for years.

But more recently, dress codes have come up as an equity issue after reports that Black students, girls, and LGBTQ students across the country are disproportionately affected by school dress codes. Some districts have imposed harsh punishments on those groups of students, including in- or out-of-school suspensions, for violations of dress codes. And a federal Government Accountability Office report recently concluded there’s a lack of model policies to help school districts set dress codes that are fair to everyone …

… In the recent GAO report, the agency found that most dress codes cite safety as a reason for having guidelines.

But the enforcement of dress codes often ends up penalizing students for their clothing or hair, rather than protecting them, some researchers argue.

“A lot of times these codes, while they’re supposed to be designed to keep students safe and to be able to engage in learning, do more harm than good, and are not inclusive of all identities,” said Courtney Mauldin, an assistant professor of educational leadership at Syracuse University.

Some things banned in dress codes, such as hate speech or hate symbols, can actually do the intended job of protecting students, however. Symbols or wording that promote racism, homophobia, or intolerance should be banned by school dress codes, Mauldin said, because dress codes, like all other equity and school climate initiatives, should aim to make all students feel welcome.

“We have to have some very hard and fast things about what’s not allowed or tolerated,” Mauldin said. “But we can’t simultaneously, in that same section of the handbook, criminalize or stigmatize people’s culture and religious practices” …