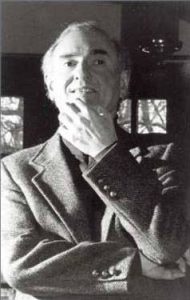 Wolf Wolfensberger, Professor Emeritus at Syracuse University, died on February 27, 2011. Hired by Burton Blatt in 1973, Wolf founded the Training Institute on Human Service Planning, Leadership and Change Agentry and was best known for popularizing the principle of normalization in North America and developing the concept of social role valorization. He is widely regarded as one of the most influential scholars in the area of developmental disabilities in the 20th century.

Obituary published in The Syracuse Post-Standard