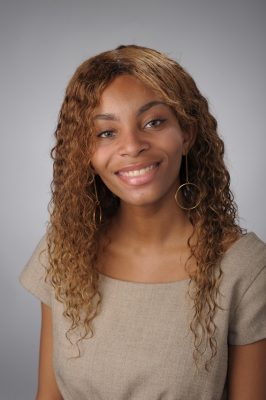 Maya Angelous once said, “A hero is any person really intent on making this a better place for all people.”  As a beacon of hope and retribution, she was an important figure in spearheading the civil rights movement in twentieth century America. She did that by writing award-winning autobiographies, poetries and memoirs all of which cemented her legacy and made her a genuine hero. But what does it mean to be a hero? Justine Hastings says that a hero is someone “reflecting courage and who fights for something right.”

Hastings is a junior studying Secondary English education. She is also president of the Syracuse University Student Association (SA). Hastings is particularly interested in the idea of a hero that spans across different cultures, and she was able to cultivate a deeper understanding of the hero through her internship at the Metropolitan Museum of Art (The Met) in New York.

“I always had a love of art and the department that I worked in was the Education department which aligned with my interests broadly.” At the Met, Hastings was responsible for leading tour guides and develop a deeper understanding for the artifacts on display.  “For every tour, there was a theme and we chose three particular items to represent those themes,” shares Hastings.

One of those themes is heroism. “There were three separate artifacts, a silver plate from the battle between David and Goliath, a marble statue of a wounded amazon warrior, and a Terracotta Plaque of a horse themed monster that the Hindu God Krishna battled.”  These three artifacts represented the diversity of the hero across different cultures.

According to Hastings, a hero is a figure that displayed courage to fight for something right. This definition of a hero fits that one of Maya Angelou’s.

This is particularly noteworthy because in many regards, Hastings herself can be considered a hero. She was the recipient of the 2020 Unsung Hero Award for inspiring the youth through her endeavors. As a junior, she worked with the Syracuse University Office of Undergraduate Research and Creative Engagement (SOURCE) to spearhead a documentary project that introduced the high school students of the North Side Learning Center in the city of Syracuse to the benefits and basics of filmmaking. This program is designed to increase the awareness of filmmaking amongst high school students and provide learning opportunities for the same.

Along with starting the documentary project, Hastings was also a peer to peer mentor. “As a freshman, I really needed someone to help me understand the challenges of being a college student.” This is the primary reason why Hastings chose to become a peer to peer mentor. This need to help the students around her, also led her to campaign for and win the seat of the president of the SA. Hastings realized that being a student at SU had its own challenges. “There is a lack of transparency from upper management and there is a lack of a community involvement for minorities,” notes Hastings.

Throughout her career at SU, she noticed that the Syracuse University campus was not accessible to its students both physically and mentally to its fullest capacity.

As the president of the SA, Hastings promised financial and campus accessibility to the students to foster a sense of community. Although she realizes that not all of her goals can be fully recognized during her tenure, she “wants to advocate a stronger sense of belonging” for everybody on campus. She hopes to do this by way introducing multiple standardized systems to the campus that promote safety as well increase community involvement. This includes implementing a system to report sexual assault cases on campus anonymously as opposed to the current process where students are required to record their name along with a filing.

Hastings also proposed increased accountability and transparency for the SA itself. “When I was campaigning, there were students who didn’t know that the SA existed or what it’s responsibilities were.” She aims to change that and also introduce progress bars and tracking systems so that students can feel confident in approaching the SA with a problem.

Hastings believes that students of SU are entitled to a fuller and inclusive environment. There have been unfortunate incidents in SU’s recent history that brought to light the gravity of these issues and needs, and Hastings is intent on making this a place for all people to feel welcome and equal.