LUE in NYC – “From the Cradle to the Grave: Media, (Re)presentation and (Re)production and American Democracy” with Jeffery Mangram

What is media educating us to do and to be?

What realities does U.S. media (re)present to its citizens and to what effect?

The eminent cultural critic and philosopher Douglas Kellner asserts that “we are immersed from cradle to grave in a media and consumer society and thus it is important to learn how to understand, interpret, and criticize its meanings and messages.” Hence, media is a form of pedagogy, a form of education. What role, if any, does media play in shaping how U.S. citizens make sense of the many vexing political, social, and economic issues that we confront in the 21st century? Is media complicit in the production and reproduction of these many issues that confront the U.S.? These are some of the questions that will be asked and answered in this presentation. 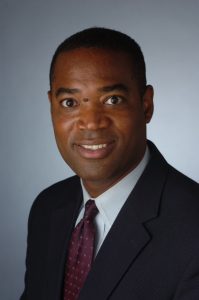 Jeffery Mangram received his B.A., M.S. and Ph.D. from Syracuse University. His research interests revolve around how social studies teachers think about, negotiate, and use popular culture and media in their personal lives and pedagogical practices. Having taught at public and private schools for over twenty-five years, Professor Mangram has been publicly recognized for his teaching prowess. In 1993, he was named Herald Journal Teacher of the Year. In 2003, Mangram was a semi-finalist for the New York State Teacher of The Year Award. He was named outstanding Faculty in 2011 by the International Society for the Social Studies. As a master teacher and scholar, Mangram presents at conferences and workshops across the U.S., focusing on media education, high leverage pedagogical strategies, and issues related to urban education. Additionally, Mangram is known for being a member of the 1987 Syracuse football team which went undefeated and played in the 1988 Sugar Bowl in New Orleans, Louisiana.