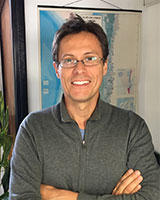 Paredes’ talk will explore the double discourse about the past that characterizes political groups that supported Pinochet’s brutal dictatorship in Chile (1973-1990): a focus on the future and putting the recent past behind us, while at the same time grounding their ideas and seeking inspiration in Chile’s founding history.

Special emphasis will be placed on relevant criminal cases that have affected contemporary Chilean politics: the assassination of a former President, the influence of Colonia Dignidad (a pro-Nazi center in Southern Chile) and the official truth about human rights violations as revealed by the two Redress Commissions of 1991 and 2004.

Mauricio Paredes has been director of the Syracuse Santiago Center in Chile since 2008. Formerly a member of the sociology faculty at Universidad de Chile, Dr. Paredes currently teaches two Syracuse University program courses: “Contemporary Issues in Chile and Latin America” and “Dictatorships, Human Rights and Historical Memory in Chile and the Southern Cone.” His interest in historical memory and Latin American dictatorships is closely related to his personal experience as a former political prisoner of the Pinochet regime. His current research on the history of human rights in the region includes archival evidence of Japanese internment camps in Chile during WWII, and his doctoral dissertation on that topic is currently being published in book format by Lom Ediciones.

RSVP for this Breakfast Presentation