What does is it mean to be a developing teacher? (Commentary)

By George Theoharis, associate dean for urban partnerships, and Douglas Biklen, dean of the School of Education 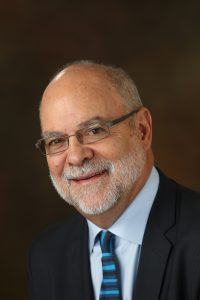 There has been much discussion recently as the new teacher and principal evaluation system, called Annual Professional Performance Review (APPR), has resulted in 2% of teachers in the Syracuse City School District (SCSD) being rated as highly effective, 58 percent effective, 33 percent developing, and 7 percent ineffective. A Post-Standard editorial dated Oct. 15 shed important light on this as did a Washington Post blog. We want to provide some additional context.

First, what does developing mean? In Syracuse this year many of the teachers rated as developing were rated that way because of how 20% of the evaluation, the local growth measure, was calculated. Entire school staffs got the same rating for this portion of the APPR. Aaron Pallas of Teachers College explains that for K-8 teachers in SCSD this portion of the APPR score was based on percentage of students scoring at “the lowest performance category, decreasing from 2012 to 2013” by 10% and the number of students scoring at proficient or higher increasing by 5%. If these percentages were not achieved, all teachers in the school were rated as ineffective for that portion of the evaluation.

It is particularly important to understand that new Common Core assessments took effect this year. It was widely known ahead of time that fewer students would score proficient on the new assessments – the tests were harder and not previously aligned to the curriculum. As expected, many fewer students in Syracuse and across the entire state scored proficient or higher on the state tests. In SCSD this meant that for part of the APPR based on local growth, all of the teachers in a school got the same rating based on the lack of school-wide improvement in percentages of students increasing their proficiency from 2012 to 2013. Thus city teachers working at the lowest performing schools, particularly schools serving elementary and middle school aged children, had little chance of rating anything higher than developing because of the way this part of the evaluation was scored given the changes in the state tests, even if they were rated as effective or highly effective in the other parts of the APPR. This penalized teachers for working at low-performing schools. Recently, a Post Standard editorial indicated that there were anecdotal reports that suburban districts may rate few if any teachers as developing or ineffective. At a time when we need the strongest, most dynamic teachers working in the most challenging settings, the APPR system does not seem to promote that. 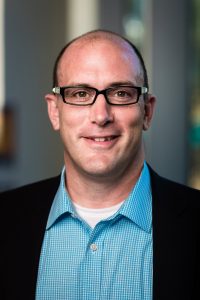 It is worth noting that for this current school year the Syracuse district administration and theSyracuse Teachers Association have already worked out a new plan for local growth part of the APPR system. This revised plan will not give all teachers at a school the same rating. Growth on student learning objectives will be calculated for each individual teacher.

As a nation, too often, public shaming of teacher, leaders, and schools is confused with real accountability. They are not the same thing.
We can argue about what terminology might better have been used to characterize teacher skills, but the idea of developing teacher practice is not new. For years, educators have referred to those early in their careers as novices, presuming that the goal is to become expert. And anyone who teaches knows that we can get better with time, with interaction with great teachers, by being observed and critiqued, by seeing how our students respond to different approaches, and in professional reflection. This is what developing should mean.

Second, shaming does not lead to improvement. We caution the community to not make the new APPR evaluation system into a 21st century Scarlet Letter. As a nation, too often, public shaming of teacher, leaders, and schools is confused with real accountability. They are not the same thing. Public shaming leads to schools becoming places where no one wants to be – neither adults nor students. We do students a huge disservice if we embrace this non-productive, accusatory path.

In recent years it has been commonplace to hear pundits blame teachers or administrators or policy or families or poverty, etc. for the struggles and challenges in K-12 education. We caution that this is overly simplistic. Blaming teachers misses the impact poverty and the role leaders and policy play. Blaming state and federal policy ignores the essential role of teachers and families and the impacts of poverty. Blaming leaders overlooks the power of good teaching and the role of poverty and policy. Blaming families fails to acknowledge the profound impact of teachers, leaders, systems, poverty and racial prejudice. Real improvement happens through collective responsibility, and collective accountability. And any discussion of teacher quality demands attention to the broader context.

Third, improvements are needed. We recognize the urgent need to improve student outcomes in the SCSD. We also know that decades of research have shown that dense concentrations (segregation) of students based on race, economics, home language, and disability makes school improvement difficult. The question is how to create environments where good as well as struggling teachers can get better, even a lot better. This task is most difficult in already stressed systems. Predictably, the process of supporting teachers to get better at their craft will work if it is pursued systematically over several years, until it becomes a normal part of school culture. Thus, the community must find ways to support administrators and teachers in the pursuit of excellence. Gaining new knowledge and skills is an essential a part of the education profession as is creating a system and climate where this can happen.

Fourth, this will take time. Developing, recognizing and rewarding excellent teaching should not be a passing fad. In the past 30 years schools in general and urban schools specifically have undergone reform after reform. Sociologist Charles Payne chronicles the impact of this cycle. This constant state of reform often results in teachers never achieving excellence in one thing before being deluged with an array of others. Naturally, teachers and leaders become demoralized as initiatives come and go with little chance to impact or perfect them. Instead, a sustained commitment to a focused list of priorities and practices will more likely make a difference. The current system for teacher and principal evaluation needs to develop. Educator evaluations and resulting growth are a key part of school improvement, and teachers and administrators must be afforded opportunities to perfect the system of supports over several years.