Longtime Syracuse City School District teacher Carol Decker ’68 tells her story as the child of German and Italian parents who survived an abusive stepfather in her memoir, Little Carol Speaks Her Truth: Growing Up from the Great Depression through WWII. 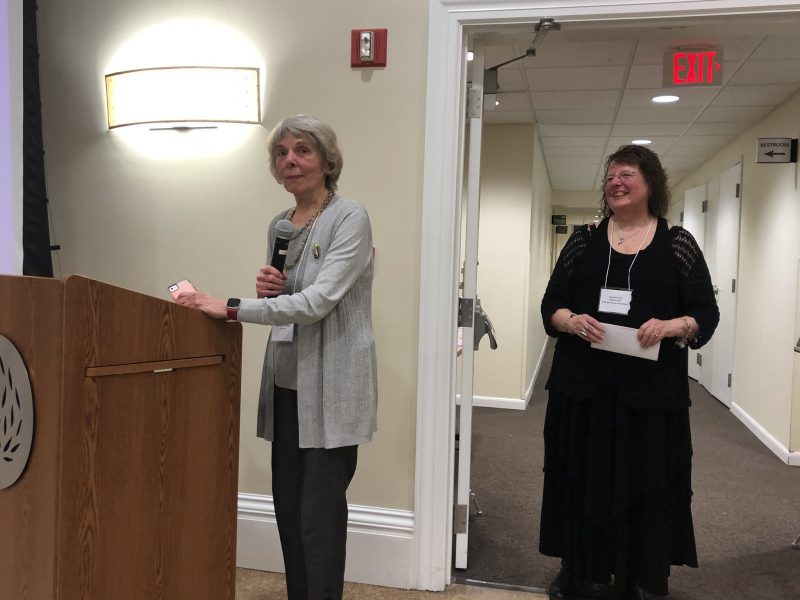 Decker’s book was one of 40 new CNY publications to be nominated for a 2019 CNY Book Award, given by the YMCA’s Downtown Writers Center. At the December 12 awards ceremony, she received the “People’s Choice” award, and her memoir was also recognized with a “Special Merit” honor.

Her mother’s encouragement of education spurred Decker, a member of the School of Education’s Board of Visitors, to be the first in her family to go to college.

“Mom was smart, an avid reader, and finally got her GED when she was in her 60s. I believe she encouraged me to get an education because she was deprived of one,” says Decker.  Little Carol Speaks Her Truth is dedicated to Decker’s mother.

Carol Irene Bruno was born Christmas Eve 1935 and lived with her mother’s family, immigrants from Germany before World War I. Twelve family members fit into in a two-bedroom house on Syracuse’s North Side. In the front bedroom slept five girls—Carol’s mother and four sisters—with Carol in a big dresser drawer. The four boys—her uncles—slept in the back bedroom with their parents. An outhouse stood behind the house, and the chamber pot on the back porch was for nighttime use. A silver tub was brought up from the basement to the kitchen for the children’s weekly baths.

After her mother married in 1940, Carol moved with her mother and stepfather to a house in the hills above Jamesville. Her memories of her stepfather are unpleasant; a drunk, he beat her mother and slept around. Yet, the marriage endured through the end of the memoir, when the family, with two more children, moved into Syracuse in 1950.

Decker is unsparing about her memories. Little boys and girls explore each other’s bodies. A classmate tells of incidents of incest. Her grandfather molests her in a car. That’s the truth of the book’s title.

“I gave it that title because of the MeToo movement,” Decker says. “It started a long time ago, even when I was a girl, maybe before. It took courage on my part to share some of the vignettes.”

As early as first grade in Jamesville High School, the district’s lone building, Decker knew school’s impact. “I love school,” she writes about that year.

A visit to the school library in sixth grade was her first visit to any library.

“School was important to me. It was an escape from life with my stepfather. It opened up the world to me, brought me friends and knowledge, and satisfied my growing curiosity,” Decker says.

She was the valedictorian of her eighth-grade class. The week after eighth-grade graduation, her mother asked Decker what she wanted to do when she grew up. Decker replied her goals were to be president, or a dancer or a missionary who travels and helps people.

Her mother’s response, Decker writes, was “‘Carol, get a good education. You’re smart. Go to college. Then decide what you want to do.’”

After graduating from the former Onondaga Valley Academy in Syracuse, Decker received a half-scholarship to SU and enrolled in. She lived at home, not on campus.

“Being a city student meant getting up at 6 a.m., grabbing a bus on the corner of Valley Drive and Chaffee Avenue, then when I got downtown, transferring to a University bus. I had an 8 a.m. Introduction to Fine Arts class at Crouse College. I had to run up all those stairs, plop into a chair and watch slides of famous works of art,” Decker says.

That fall was the first year of varsity football for Hall of Fame running back Jim Brown ’57. Watching him run down the field in Archbold Stadium, Decker says, “was like watching a silk scarf in a gentle breeze make its way to the goal line.” 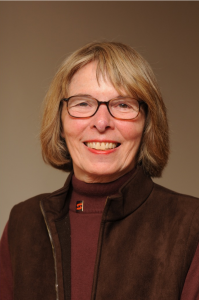 College courses also challenged what she had always known: “I had a philosophy class in the Hall of Languages. The professor talked about man evolving from the apes, and our opposable thumbs. My background was with the Seventh-Day Adventist Church. This class was shocking to me.”

Illness interrupted Decker’s first year. Hospitalized for two weeks during Christmas vacation in 1954, she didn’t return to college. Ten years passed, in which she got married and had three sons. When they were all in school, she decided to return to college. SU steered her to Onondaga Community College for an associate’s degree, then readmitted her.

She cites the influence of two people on her decision to pursue special education: the Rev. Richard L. Phillips, ’63, G’65, Dean of Hendricks Chapel from 1981 to 1998, and Peter Knoblock, professor emeritus of special education and founder of the Jowonio School in Syracuse.

Decker spent her teaching career at schools on the North and West sides of the city where she was born. She started teaching at Porter Elementary School in a class for severely emotionally disturbed boys in grades four through six, became a resource teacher three years later and transferred to Danforth Elementary School. From there she transferred to Fowler High School and finished her career as a resource teacher at Grant Middle School.

“To be bored or boring is a sin,” says Decker. “I wanted my grandchildren and their children especially to know that they came from a family that struggled during the Depression, and that if I could make it, anyone can make it, and grow up be a decent mother and a contributing member to the community and world.”